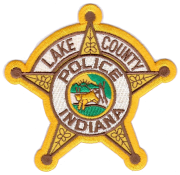 K-9 Ajax was shot and killed while attempting to apprehend a man who had fled during a traffic stop.

When the vehicle was stopped near 3rd Avenue and Huntington Street in Gary, the 25-year-old male driver fled on foot. After failing to stop as ordered, K-9 Ajax was released and apprehended the suspect. The suspect then opened fire with a handgun, shooting K-9 Ajax in the mouth, before firing at his handler. The suspect, who was a convicted felon, continued to flee and was shot and killed by other officers a short distance away.

K-9 Ajax, a 3-year-old male German Shepherd, was taken to a local veterinary clinic where he died after undergoing almost two hours of surgery.

View all fallen officers from the
Lake County Sheriff’s Department